The Impact of COVID-19 on Science, Publishing, and Drug Development

At the beginning of this year, the world was a different place, unrecognizable compared to the world we inhabit today. Over the past three months, we have witnessed the fabric of society change in profound ways previously unfathomable. We are living through, perhaps, the defining event of our lifetimes, and we will be judged by the history books based on how well we respond to the challenge at hand.

Further, the decisions and choices we make now, both collectively and individually, will determine the future we inhabit a month from now, a year from now, and likely, decades into the future. It is safe to say that humanity’s course has been altered, but the extent to which will be determined by our actions today and tomorrow. COVID-19 is here to stay, and the important thing now is that we act rapidly to address the key healthcare and economic challenges posed by this disease.

In response to this challenge, science and industry is changing rapidly. These changes are affecting how stakeholders share information, receive funding, and collaborate. There is an unprecedented influx of resources in the form of funding and information from both public and private sources, all of which is actively trying to stimulate innovation in the therapeutic space to combat COVID-19.

Scientists around the world, from universities, drug companies, and startups, are making an unprecedented effort to rapidly develop new medicines with these resources, and in doing so, are having a direct impact on the way that science is conducted. In only two months, many medicines have emerged as potentially useful in treating COVID-19, most of which are pre-existing medicines for other indications that could be repurposed. In some cases, clinical trials are well-underway, and you can find a list of several of the most promising efforts here. As we are working on extremely abbreviated timelines, much of this research is too early to be able to draw meaningful conclusions from — most trials are relatively small and often lack control groups, making much of the emerging data largely anecdotal, but still vital in times of urgency.

Science and Publishing are Changing

As time is of the essence, accelerated publishing has emerged as an important trend for the quick dissemination of information during this pandemic. This has been extremely useful for sharing timely information, but also poses an immense challenge with respect to quality control. Much of the information being shared is not vetted or peer reviewed before others have access. Scientific progress relies on the effective transmission of high quality research data, which in turn, enable discoveries to be made. We must create innovative ways to achieve a level of quality control with this data. Perhaps we could crowd-source or distribute the effort with many scientists around the world currently working from home.

The conversation around publishing used to be concerned with pay-for-access vs. open-access, yet the most relevant players at the moment appear to be pre-print servers, such as arXiv, which have emerged as a key way to share early information during this pandemic. However, the abbreviated timelines on which we are receiving information comes, again, at the cost of peer review. All of these recent developments concerning research methodologies and information sharing around COVID-19 are unfolding as Open Science principles become increasingly mainstream.

Open Science aims to share information in real time and free of charge to users by providing free and open access to scientific data. In the case of SARS, it took roughly 20 months from the point of getting the first genomic insights into the virus to the first vaccine trials in humans; however, at that time, only basic sharing infrastructure existed and open science was in its infancy. Today, with respect to COVID-19, we are seeing scientists sharing their data at a rapid pace in real time, coupled with unity in the scientific community. Scientific publishers, typically accessed via paywalls, such as Wiley, Nature, and Elsevier, have all dropped them and signed the Wellcome Trust’s pledge to share research data and findings relevant to COVID-19, effectively becoming, at least temporarily, open-access by nature. These changes are temporary and in response to the ongoing pandemic, however, I believe it is likely that many will realise the inherent value of working this way, and it will be difficult to go back to “pre-covid” ways of restricting access to information. The public must rally and call for collaboration and open access to remain.

The State of Therapeutics Development for COVID-19

The Case for Repurposing

Normally, it takes 10–12 years to develop a therapeutic from scratch. Thus, in such times of crisis, it is important to find faster ways to develop therapies. Rather than developing and testing compounds from scratch, the World Health Organisation (WHO) and others want to repurpose drugs that are already approved for other indications and have acceptable safety profiles. They are also trying to identify experimental drugs that have performed well in animal studies against the other two deadly coronaviruses that cause SARS and MERS. Furthermore, they are focusing primarily on compounds that are broadly available enough to treat a substantial number of patients globally. The WHO has singled out a few key therapies that may hold substantial promise against COVID-19 — an antiviral called remdesivir; the antimalarial chloroquine (as well as hydroxychloroquine); aa combination of HIV drugs, lopinavir and ritonavir; and that combination plus interferon-beta, an immune system messenger that can help stop viral spread. Each of these treatments would potentially impact the virus via a different mechanism, and each has perks and drawbacks.

Remdesivir, which was initially developed by Gilead for the treatment of Ebola and related viruses, works by inhibiting a key viral enzyme required for viral replication, RNA polymerase. While the drug was actually unsuccessful in treating ebola patients during the 2019 outbreak in the DRC, it had been shown previously to inhibit SARS and MERS viruses in both test tube and animal studies. The drug has now been given to hundreds of COVID-19 patients in the US and Europe under the “compassionate use” clause, and some doctors have reported anecdotal evidence of benefit, but without real data. Like many drugs that treat acute infections, Remdesivir may be most effective if given early, and this could be particularly challenging in the case of the novel coronavirus, where many individuals are asymptomatic or only have mild symptoms.

Data indicating the use of chloroquine and hydroxychloroquine to treat COVID-19 patients remains unreliable. Chinese researchers ran an informal study to treat 100 patients with chloroquine and touted its benefit in Biosciece, but they did not publish their data. In fact, no data has been shared from the more than 20 other COVID-19 studies in China that have used one of the drugs. A french microbiologist, Didier Raoult, published a study of hydroxychloroquine that suggested that the drug had reduced the viral load in nasal swabs of 20 patients, and this result was improved when given with azithromycin, but the trial was not controlled and didn’t include patients with certain clinical outcomes. It is possible that hydroxychloroquine may actually be more dangerous than beneficial, as it may harm the heart, which could introduce more severe complications relating to COVID-19. Doctors are scrambling to learn if SARS-CoV-2 may be able to attack the heart, given the appearance of heart damage in patients.

The results on lopinavir and ritonavir in combination have been mixed, and in first small-scale trials, have not demonstrated efficacy compared to standard care, but additional studies are warranted to determine if the combination could be effective in individuals with severe disease.

Other experimental therapeutics will be available soon, such as drugs that reduce inflammation, such as rheumatoid arthritis treatments. Crucially, there is a need to find therapeutics that prevent the disease from advancing to its most severe stages. This could, theoretically, come even before a vaccine if pre-existing therapeutics are effectively repurposed.

The Search for a Vaccine

Roughly 60 companies and academic institutions are currently racing to develop vaccines against Sars-CoV-2, the virus that causes Covid-19. The first of these — produced by Boston-based biotech firm Moderna — will enter human trials imminently. On the academic front, Researchers at the University of Oxford in the UK have commenced enrolment of healthy volunteers for a clinical trial of the Covid-19 vaccine candidate ChAdOx1 nCoV-19. The vaccine is based on an adenovirus vaccine vector and the SARS-CoV-2 spike protein. It is currently in production at the university’s Clinical Biomanufacturing Facility and is expected to be ready in the coming weeks. The trial is designed to enrol up to 510 participants aged 18 to 55 and is being conducted by the university’s Jenner Institute and Oxford Vaccine Group. Many other universities around the world are also working on a vaccine, albeit many are earlier in their developmental stages.

The unprecedented speed with which universities and companies are moving to develop a vaccine is thanks largely to early Chinese efforts to sequence the genetic material of Sars-Cov-2, allowing research groups globally to grow the live virus and better understand its mechanism of action. Beyond this, vaccinologists have long been hedging their bets by working on prototype pathogens that might bear similarities to viruses likely to cause a global pandemic, if one were to emerge. Thus, current progress builds on an ongoing historical effort to develop vaccines broadly for coronaviruses, such as SARS and MERS, as well as other related illnesses. Sars-Cov-2 shares 80–90% of its genetic material with the virus that caused SARS, thus, efforts to develop a vaccine for SARS may be able to be repurposed to effectively combat the current outbreak.

The Path Forward — A Unique Opportunity

We are entering a unique time in human history — one that requires an unprecedented level of cooperation and collaboration to effectively overcome the broad-scale health and economic challenges being faced by our world. Now more than ever, the sharing of data and a spirit of collaboration are playing a vital role in ensuring that humanity can quickly combat this deadly disease. Once this challenge is overcome, will the world return to business as usual or will we learn from our mistakes and opt for a more open, transparent, and collaborative future? We at Molecule challenge the scientific community to continue to promote Open Science principles and collaborate globally to overcome the greatest healthcare challenges of our time. Together, we can use this opportunity to reshape our world for the benefit of humanity. 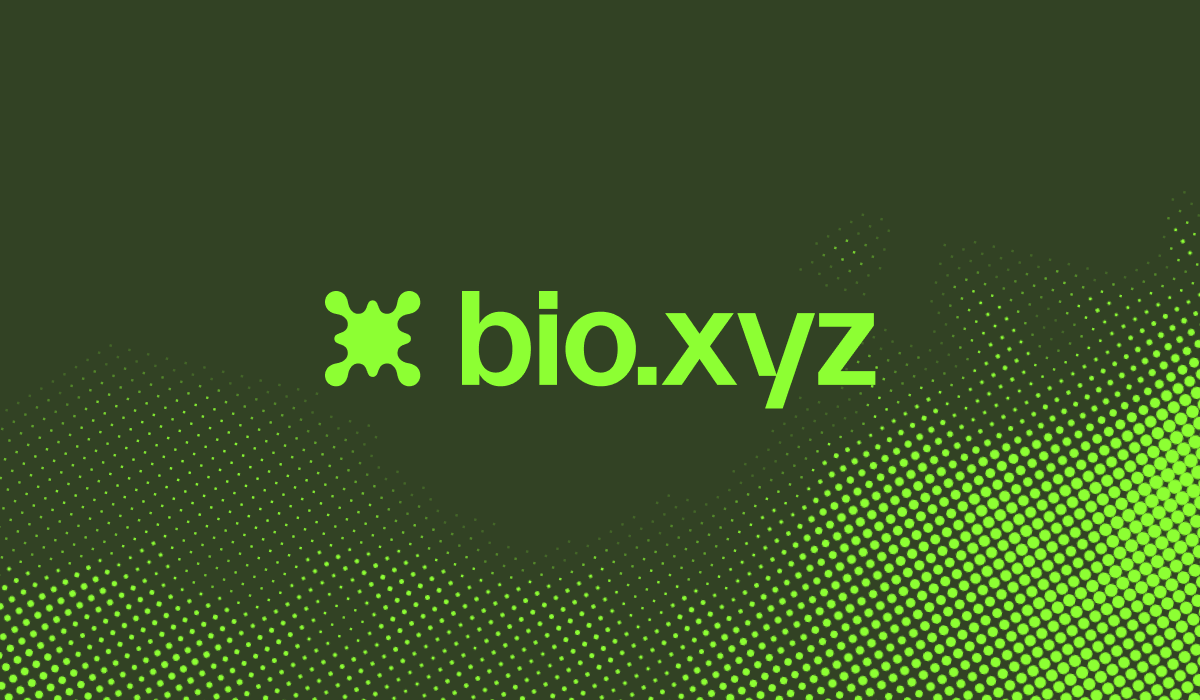 •
Tyler Golato, Paul Kohlhaas & Vincent Weisser
Announcing bio.xyz
Since 2018, Molecule has been at the forefront of decentralized science (DeSci). By helping to build the first biotech DAO - VitaDAO - and by creating core DeSci infrastructure like the IP-NFT framework we have laid the foundation for the next generation of builders in DeSci to emerge and reshape the life sciences. Through this process, Molecule and the DeSci community have learned a tremendous amount about building at the intersection of web3 and bio.
Read More 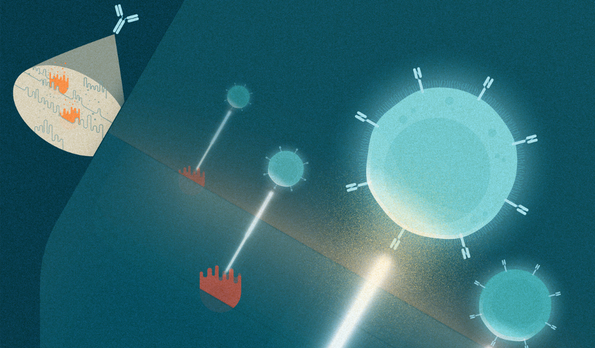 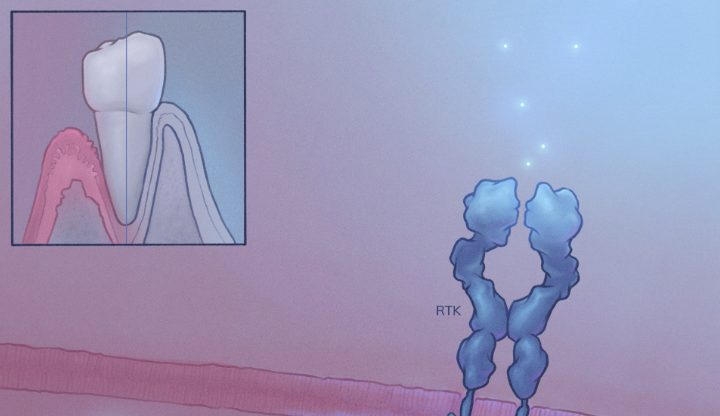